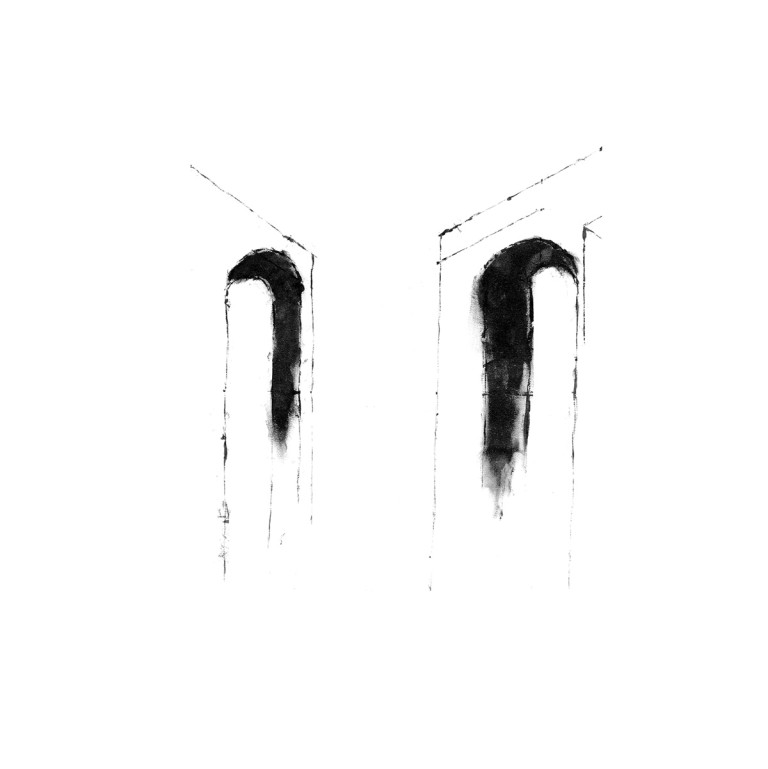 A new poem derived from six poems from my collection “Small hand of bronze” appears on the winter 2015 issue (the “black-out” issue) of “Sein und Werden” magazine. You can read it here

Also, some sketches of mine from a notebook (made through 2009-2010) appear on the “handwritten” third issue of “The fractured nuance” zine. More, here

My poem “Nord” is featured in Issue 2 of Surreal Poetics 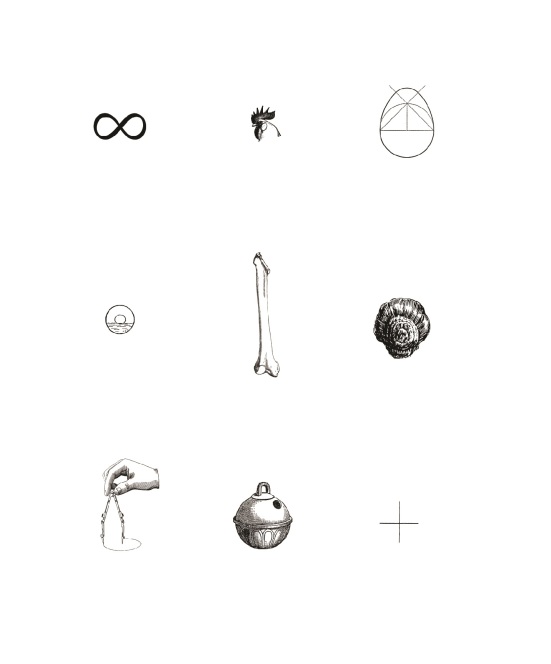 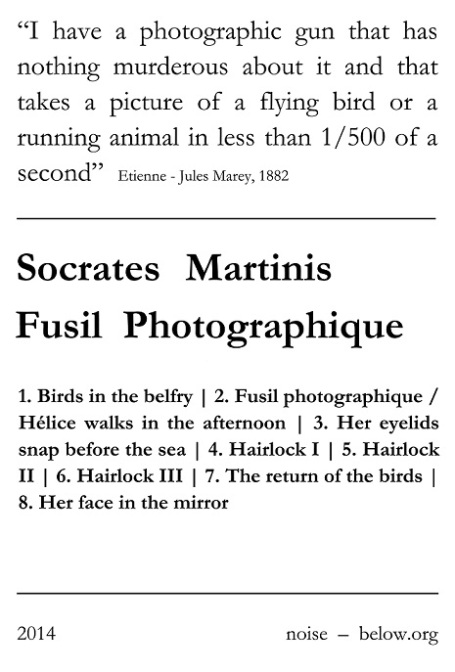 An interview of mine (in Greek) can be found here

(Though covers were initially printed, the cassette finally comes without one, in clear plastic jewel case.)

A short (17 min.) cassette release containing four fairly impenetrable tracks apparently made up of field recordings, rough enough ones that you could almost mistake them for cracked circuit electronics. On “Unfinished lines of her footsteps”, they appear in succession, a different recording occupying several seconds, then ceding way to another, not worlds apart, always urban (I think), gravel-colored. “Flintlock” seems to be similarly constructed though the sources vary more, have a wider tonal and dynamic range; it still sounds more or less industrial but includes gentler areas, like a lovely pseudo-flute episode with vibrating metal in the background at the track’s conclusion. Side B of the cassette, “The bronze dress”, things continue apace, bell sounds appearing but through a static haze. The last track tends a bit more toward the smoky and soft, but never losing that rough edge entirely. This particular method might pall over a longer stretch or series of recordings, but at this brief length, it’s perfectly delectable.

This odd cassette without first researching its origins sounds like ‘field recordings’ only not of actual fields but of industrial environments, possibly the continuous sound of a train or tram ride. Some are short, a few seconds others longer, all consist of such ambient sounds of mechanical travel… or perhaps an air conditioner or continuous extractor fan. No other sounds – human – animal or atmospheric except perhaps the slight sound of a garment on the microphone or a police siren of the European kind. The cassette arrived without card insert but from the on body print and via the Anitfrost website Socrates Martinis can be tracked down – a sound artist working in Greece. From here the tape appears to have 2 tracks on side A, and a further 2 on the B side. The B side containing again recordings in situ, only some of much more quieter ‘locations’ if these are actual
locations, and I guess now the short silences indicate where one track starts and another ends, though this is not obvious. Occasionally one is aware of the sound recordist ’s breath… but that is as expressive as this tape gets in a ‘representational’ sense. Why the printed inserts were not used is not stated, however this lack of information helps the enigmatics of this work. As such it has a strange beauty about it, clearly not in the telos or anti telos of noise, but much more the idea of listening as listening to sounds that are remarkable in their unremarkability and ubiquitous of industrial urban life and its environments. As such it poignancy captures the actual fragility of such environments which are seldom documented, noticed or of interest. ‘Art’ then in the great tradition of art, as who once would have thought a railway station a suitable subject for a painting….(jliat)


And a Personal note, with respect to the reviewers:

Regarding the statement that there are no animal or other representational sounds therein, i have to point out, that actually there are sounds as the tolls of a churchbell, the walking of  a woman on high heels, the barking of dogs and (as mentioned) my own breath. And these sounds set the representational context of the work, while all the rest is meant as pure sculpted sound, not a documentation or capturing of any sort. Also, actually it is not about (or made of) industrial or urban sounds at all. Anyway, this is just a statement of the author’ s point of view, not a correction. The reviewers’ point is highly appreciated.

Last year I was asked by Nicolas Malevitsis , along with lots of other artists and/or friends, to contribute two pieces (preferably photographs) for a project under the name “Happiness / Outside my window“. The concept was simple. We should try to produce personal interpretations of the two phrases forming the title. The large amount of works gathered can be found here: http://eutyxia.tumblr.com/.

Those two photographs were my contribution to the project (Note: The photograph of the cock used in the arrangement of the “outside my window” photo, was taken by Nicolas Ioannidis):

Here are some recently discovered b/w photos of the performance, taken by Nicolas Ioannidis.

Also, regarding the same performance, here is a link to my contribution (as blanco estira nuestro (+), hermana Hélice) to the Dictaphonia microcassette compilation, vol.2 on Hal Mcgee’ s Haltapes from 2009. This two-minute piece was recorded during the performance rehearsals. The first part is a slowed down recording of the bells drone in the last part of Conduit no.2,along with the rehearsing  room’ s ambience. On the second part, apart from airplane sounds (from .oeur), you can hear the horse bells tied to Electra’ s feet, ringing while she walks.

You can listen to this here 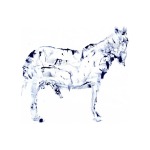